Why Set Up Business in Vietnam

Why Setup Business in Vietnam 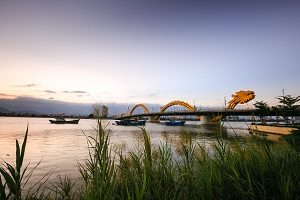 Being one of the most stable countries in the South East Asia region, Vietnam is committed to continue with the economic reforms and continues to make the country more accessible and attractive for foreign investment.

Vietnam’s economy has improved significantly over the years, despite some problems which still remain, and below are some of the reasons why investors and entrepreneurs still view Vietnam is a worthwhile destination to setup a business.

Vietnam has experienced an economic growth of around 6% per year since the early 2000s, thanks to the profound economic and political reforms which have been put in place. Because of this, Vietnam is expected to continue to grow at a high rate in the years to follow, which makes it a prime platform for investors who are looking to setup a business in Vietnam and benefit from its strong economy.

Vietnam also has one of the highest inflows of FDI of the South East Asian region, mostly coming from Singapore, Taiwan, Japan and South Korean. The government has also increased the investments in infrastructure and education to attract more high-tech productions, although currently the majority of the country’s investments are focused on manufacturing.

An Increased Quality of Life

Around 47% of the population in Vietnam has managed to come out of its extreme state of poverty in the last 20 years, thanks to the capital income increased from around US$100 in the 1980s to US$2,100 in 2015. The country is now home to one of the fastest growing middle class population in the region.

Despite increasing the quality of life for its citizens, Vietnam has still managed to maintain its status as home to one of the lowest labor costs in the region. The average monthly wage in the country is US$210 a month.

Vietnam offers several tax benefits for potential investors and entrepreneurs who want to setup a business here, depending on the location, industry and business project they intend to be involved in. For example, Vietnam’s free zones and industrial zones offer an exemption on corporate income taxed for up to 8 years, and an exemption on customs duties and VAT taxes.

Large manufacturing projects will also be eligible to apply for preferential tax incentives for up to 15 years, and projects involved in dealing with socialized sectors (education and health) are entitled to four years of tax exemptions and 50% tax reduction for the sequential 5 years.

Vietnam is a member of the ASEAN Free Trade Area, and a trade block agreement between Indonesia, Malaysia, Singapore, Thailand, Philippines, Myanmar, Cambodia and Laos, which aims to reduce the intra-regional tariffs on most products.