What is it about Brazil that makes it such an appealing market for the foreign investor? It’s strategic location? It’s large and continuously growing consumer market? Because Brazil is the 6th largest economy in the one and among the top 10 fastest growing economies in the world? The answer is, all of the above.

Why Brazil is a Good Place for Company Registration 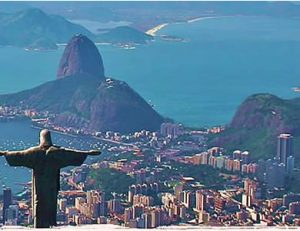 Brazil has a large middle class population and an annual GDP growth rate of about 6%, which means incomes are rising and the spending power of consumers is increasing.

Brazil has a strong and globally integrated business base with a solid and modern day banking system in place. There are several prominent world investment banks already set up in Brazil to attest to this, and it just shows how quickly the economy of the country is steadily on the rise.

Brazil is also a politically stable country, with tourism on the rise. Brazil also produces 25% of the world’s ethanol, and has one of the largest renewable energy programs in the world.

Brazil also has a qualified work force that is ready for hire, with approximately 60% of its workers being computer literate, although this would vary depending on which parts of Brazil investors are attempting to establish a business in.

What Tax Benefits Do Companies Registered in Brazil Get?

Companies that are registered and formed in Brazil would enjoy the following tax benefits:

What Business Challenges Would Investors Registering a Company in Brazil Face?

Just like other business markets, Brazil comes with its own sets of challenges when it comes to running a business. Some business challenges that investors may be up against when they’ve decided that they want to form a company in Brazil include: