Why Set Up Business in United Kingdom 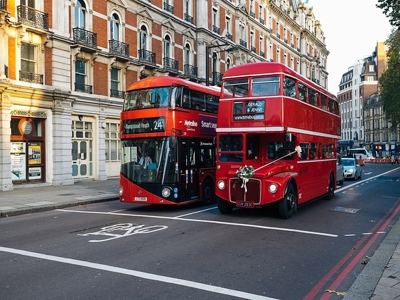 A company that is set up in the United Kingdom has the potential to access more than 500 million consumers across Europe alone, and the best part? When dealing with the European Union, these businesses do not have to pay duties when importing or exporting. Additionally, it is a lot easier to conduct business in the United Kingdom more so than any other major European economy.

Want to set up business in the United Kingdom? Here are the other benefits you stand to gain:

The United Kingdom’s corporate tax is 20%, and it is the joint lowest in the G20 group of the world’s largest 20 economies.

The UK’s double taxation agreements through the treaties it has with other countries also results in most UK-based companies not needing to pay Corporate Tax on foreign dividends. The Value Added Tax payable on most goods and services supplied in the United Kingdom is currently set at 20%, which is an additional benefit to companies operating in the region.

One of the prime benefits to receive when you set up business in the United Kingdom is the ease of incorporation process. According to the World Bank, the UK has one of the highest ease of doing business scores out of all the countries in the world.

Businesses in the UK have an excellent worldwide reputation. This is due to the English law which forms the basis of company law in many countries worldwide. Setting up a business in the UK ensures that companies have legal flexibility with clear governance rules in one of the world’s largest and most reputable trading economies in the world.

The UK has a workforce of more than 30 million people. This puts the nation into being the second largest workforce in the European Union. It is home to many qualified workers. With its flexible market regulations which are designed to protect employees, this is definitely a benefit for prospective employers. The strong skills, flexible labor market and the regulations in the UK are all designed to protect employees.

Labor costs in the UK are competitive with most of Western Europe. These even cover the lower employer social security contributions. Overall, the UK’s labor costs are lower than countries like France, Germany, Netherlands and even Ireland.

A new category of visa allows investors from anywhere in the world enter the UK. They can also establish a company if they have the £50,000 investment capital to start.