Why Set Up Business in Singapore

Why Setup Business in Singapore 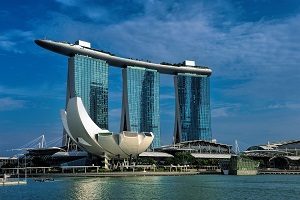 50 years ago, Singapore was nothing more than an island that was made up of mainly swamp and a little over half a million people. Fast forward today and Singapore right now is a thriving business hub in Asia which has investors from all over the world flocking to set up a business in a country that has become the epicentre of Asia.

A country with now the largest foreign currency reserve per capital of any other country in the world, Singapore is poised to become the financial centre of Southeast Asia and probably Asia overall.

Why Singapore Is the Perfect Location for Your Business

Entrepreneurs, corporations and ventures of all sizes are eager to set up a base of operations in Singapore, and here is why:

The Most Strategic Location You Can Choose

One of the major advantages an investor stands to benefit from when choosing Singapore as the home of their next business venture is the convenience of the country’s location. Singapore is quite possibly one of the most strategically located countries in the Asian region, being at the heart of Southeast Asia.

Thanks to its location, investors will have an access to 2.8 billion people within several different neighbouring countries which are only a few hours away by flight. It helps too that Singapore has been classified as a premier International Maritime Centre because its port is one of the busiest in the world. Singapore’s Changi Airport also sees some 15 million passengers coming through annually, and the airport’s competiveness, efficiency and service has earned it the title of Best Airport in the World for 20 consecutive years.

Doing Business with the Pros

Singapore has gained a reputation for its pro-business environment, which explains why it never fails to attract sizeable foreign investments and entrepreneurs to its shores every year. What makes Singapore fantastic is this – you can turn your ideas into businesses with ease and achieve significant profits.