Why Set Up Business in Laos

Why Setup Business in Laos

Laos currently ranks as among the fastest growing economies in the world, with an average 8% a year in GDP growth, and it is forecasted that the country will continue to sustain this growth by at least 7% through to 2019 s well. Thinking about setting up a business? Here is why Laos should be your next choice:

An Abundance of Natural Resources 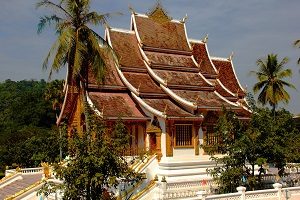 Copper, gold and silver are among the natural resources that are abundant in Laos and what the country benefits the most from. The country is also an attractive place to form a company in the mining and energy sectors because of this, along with the government actively promoting foreign investment in this industry, a determinant for the country’s foreign exchange and economic development.

There are also large areas of Laos which are fertile agricultural land, and with virtually no damaging natural disasters experienced, the natural resources available in Laos make it a prime location for a business venture.

In close proximity to Vietnam, China, Thailand and Cambodia has certainly benefitted Laos, allowing businesses based in Laos to connect easily with the neighbouring major markets.

Although there is still work to be done on many of Laos’ infrastructure, being strategically positioned so close to other major Asian markets has given it regional access to a market of well over 1.5 billion people.

Infrastructure projects connecting Kunming in China to these Southeast Asian nations will most likely pass by Laos, which will create even more investment opportunities for foreigners who intend to invest in business in the country.

An Exporter of Electricity

Laos is a significant exporter of electricity to Thailand, thanks to several damns which currently exist or are under construction along the Mekong River, making Laos an emerging powerhouse of the Southeast Asia.

With the minimum wage being approximately USD$80 per month, Laos’s workforce is effectively one that is very low-cost. This means that investors can expect much lower labor costs compared to the neighbouring countries and most of the other ASEAN countries.

The government of Laos has established 10 Special Economic Zones which offer investors several investment incentives. Some of these incentives include a reduction in tax rates of 20%, tax holidays which are granted to foreign investors who would otherwise be required to pay taxes at a rate of 20% or 1% of turnover, depending on which one would be higher.

Tax exemptions on imports where certain listed items fall within a special quota are also another benefit that Laos enjoys with the European Union and Japan granting this trading privileges to the country. What this means for investors is that products from Laos will be able to gain access to global markets, which will either be free of tax or with much lower tariffs imposed.