Why Set Up Business in Kazakhstan 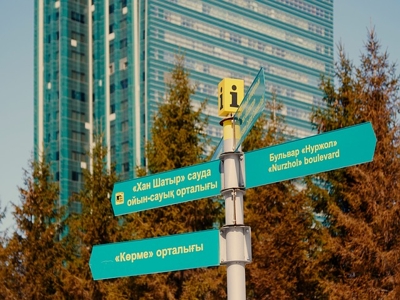 Despite being the 9th largest country in the world and located in central Asia, Kazakhstan is one of the most sparsely populated countries in the region. Although the Western expatriate community is growing, it is still considered relatively small. It is, however, still a country that is rich in diversity, with many other nationalities living along the local Kazakh people, including Russians, Germans, and Ukrainians. Being a republic, the government and many large state companies are based in the country’s capital city of Astana, which is home to a fast-growing population. Thanks to the creation of the Astana International Financial Centre, the capital has become the major commercial city in the country, and this along with several other reasons are why you should set up a business in Kazakhstan.

The ease of starting a business and a stable economy are just some of Kazakhstan’s many strengths. Other factors that contribute to its market strength include:

Kazakhstan is also rated 41st in the world by the World Bank’s Ease of Doing Business Report out of 189 countries.

The Gateway to the Rest of Asia

When you set business in Kazakhstan, you also open access to other central Asian markets and other countries like Russia, Armenia, Belarus and even Kyrgyzstan.

The law provides various guarantees to investors that help them minimize the risks an investor may experience when they set up business in Kazakhstan. Among these guarantees include:

Kazakhstan has recorded an average growth rate of about 10% per year until 2007. Even with the global financial crisis of 2008, it still managed to garner a growth rate of 3-4%.

Out of all the Commonwealth of Independent States (CIS), Kazakhstan has the most progressive economy among all central Asian countries. In 2014, the country published its Strategy 2050 document. This outlines Kazakhstan’s objective to become one of the top 30 most competitive nations by 2050.

Along with Belarus, Armenia, Russia and Kyrgyzstan, Kazakhstan is a member of the Eurasian Economic Union. This gives the country access to a market of about 182 million people.