Why Set Up Business in Egypt

Why Setup Business in Egypt 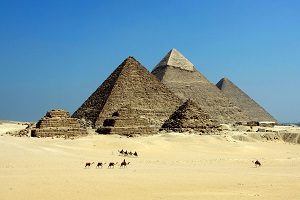 Egypt has recently emerged as among the most viable places for one to set up a business. Currently experiencing a  strong growth in mobile and web-based industries, the country’s main asset is it’s youth.
Also, in recent years, it has shown that the country is politically and economically stable, to establish close economic relations with other countries.Egypt is a lower middle income country with a population of almost 90 million. In 2013 it had an annual Gross Domestic Product (GDP) per capita of USD 3314. Since 2014, the economy has been on a path to recovery. It was the largest destination for all Foreign Direct Investment into Africa. Its stock market (EGX) was the best performing in the world in terms of returns.

Coupled with it’s geographic location, the country continues to prove to be an attractive investment environment. There are also plenty of young, hungry and talented workers to recruit for your start-up, as well as a rapidly changing tech industry. There is also massive opportunity to penetrate already-existing markets and create new ones. The business culture in Cairo is extremely forward-moving with great opportunities for new companies to rise. This is due to lack of strong competition and the country’s recent history of monopolised industries which is quickly changing due to new technologies and a new government. Egypt’s  transportation  system  is  relatively  developed,  with  over  65,050  kilometers  of  primary  and secondary  roadways. Over  the  past  years,  the  numbers  of  licensed  automobiles  has  increased tremendously, leading to a highly congested road system, especially in urban areas

Education and training is a major priority for the Egyptian government and reform is highly required in all levels and all industries.There is a strong growth in private schooling and independent for-profit universities, some of which include foreign participation. Schools are being upgraded at the rate of 10% each year with modern facilities such as computers, multimedia laboratories and internet connectivity.

The oil and gas sector accounts for 15% of national GDP in Egypt and 31% of Foreign Direct Investment (FDI) and Egypt is making positive strides towards reforming its oil and gas sector. There are around 50 international petroleum companies currently operating in Egypt in exploration, digging and oil extraction. There are approximately 143 rigs in operation. Major oil companies have committed billions in investment to Egypt’s upstream.There are several ways you can do business in Egypt. The most common are by appointing a local partner, distributor or agent;  set up own branch office in Egypt or form a joint stock or Limited Liability Company.

English is widely spoken throughout Egypt, although it is common for written correspondence to be in English, Arabic is often preferred within some public sector organisations. There are a number of laws in Egypt that regulate businesses, while the Ministry of Industry and Trade is the primary agency responsible for issuing decrees making standards mandatory. The Egyptian Organisation for Standardisation and Quality (EOS) is the official body responsible for standardisation activities, quality and industrial metrology. The VAT rate is currently 10%, while the corporate tax rate in Egypt is currently 22.5%. Oil and exploration activities are taxed at a higher rate of 40.55% and the the maximum individual tax rate is 25%.