Why Set Up Business in Brunei

Why Setup Business in Brunei 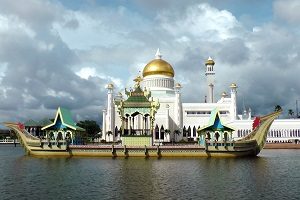 SITUATED on the northern shore of the island of Borneo in the South China Sea, the tiny state of Brunei is among the richest in the world with its bountiful oil and gas reserves. Led by the head of state, Sultan Hassanal Bolkiah, the state has one of of the world’s highest standards of living. with oil and natural gas making up 99 per cent of its exports. In 2014, Brunei adopted strict Islamic Sharia law, drawing criticism from numerous human rights advocates who described the move as draconian. Since parts of Sharia law, which would be implemented in three stages in the state would also apply to non-Muslims, who make up about 33 per cent of the state’s population, questions were raised as to how attractive Brunei would be for investors. The task of drawing greater investments into the state today lies on the Brunei Economic Development Board (BEDB), a public agency focusing on the growth and diversification of the state’s economy. Below is a list of what this oil rich nation has to offer investors:

– Brunei strongly encourages Foreign Direct Investments (FDI) as it plays a key role in the nation’s economic and technological advancement. Currently, Brunei’s economy favours foreign trade and FDI since it embarked on its economic diversification efforts to move away from its reliance on oil and gas exports. Various incentives are offered through the Prime Minister’s Office (PMO), Ministry of Foreign Trade and the BEDB. A report by the World Bank in 2016 revealed that Brunei’s ranking for ease of doing business jumped 21 spots from 189 to 84. The PMO has since set up a task force called “Penggerak” to intensify government efforts to further improve the nation’s ranking.

– Brunei recently amended certain laws, including The Business Licence Act (Amendment) 2016 to make it easier and faster to set up businesses. The Business Licence Act exempts certain businesses from the need to obtain a business licence while The Miscellaneous Licence Act (Amendement) 2015 reduces the time new business operators have to wait before they can start operating. Following these amendments, certain low-risk businesses are able to commence operations immediately. The state also launched a national strategy, called Wawasan 2035 with the aim of attracting further FDIs.

– Certain businesses may be eligible for income tax payment exemptions, while others may qualify for an export enterprise certificate. The tax relief period for an export services company begins on its day of commencement and cannot exceed 11 years. An export enterprise certificate meanwhile entitles a company to tax relief on export profits and import duties on raw materials. Certain dividends are also exempted from income tax, while pioneer service companies may also be eligible for tax reliefs for a period of up to eight years.

The above are just a few of the incentives and exemptions offered by Brunei to help draw more FDIs into the state. BEDB works closely with the PMO to evaluate investment proposals, liaise with government agencies and also to obtain approval from the FDI and Downstream Industry Committee. One must also note that with the Trans-Pacific Partnership (TPP) deal, which is aimed at encouraging private enterprises, Brunei businesses will have to contend with a much more competitive environment. Following this, the state would now have to position itself strategically to compete against other FDI potentials, including Malaysia and Vietnam.