Why Set Up Business in Vanuatu

Start to Set Up Business in Vanuatu to Expand 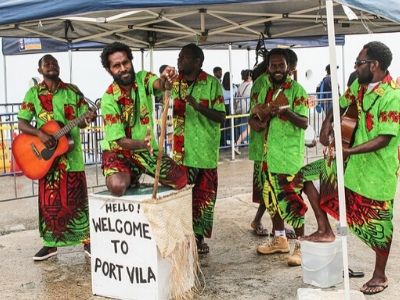 If you think living on a tropical island belongs only to billionaires, think again. Vanuatu is one of the islands in the world where you could live, work, and play all at the same time. You don’t need to be a billionaire. Logical drive for success and diligent work ethics can easily land you a spot in Vanuatu. If working a business is what you love, then you should consider to set up business in Vanuatu.

As with many islands in the tropics, its economic mainstay is tourism. Vanuatu is home to endless natural beauty, both highlands and lowlands. Although Vanuatu is located in a cyclone path, its many islands offer distinct charm. The tourism industry in Vanuatu is consistently growing to suit traveler demands. Vanuatu is based on an agrarian economy. Its land is mostly fertile. For generations, locals have been planting crops for personal use. There are also large scale farms to export goods. The common exports from Vanuatu are kava, corn, coconut oil, coffee, cocoa, copra, timber, and beef. Yes, Vanuatu exports beef as well as it also rears cattle on the island. Hence, you can enjoy meat dishes if vegetables are not your thing. Vanuatu is also home to offshore services and is home to several European companies.

If you are worn out and burned out from a hectic lifestyle, Vanuatu’s island vibes will take that stress away. Even when doing business in Vanuatu, the locals are laidback in business dealings. If you adore this kind of business custom, then you will blend in straight away otherwise, if you may have to ease on urgency when you have business deals in Vanuatu. The ni-Vanuatu people are firmly rooted in traditional ceremonies and heritage. Then again, they had had a foreign influence when the French and British were governing. Hence, they welcome international visitors and investors alike with open minds.

The official language in Vanuatu is French, English and Bislama (native language). If you are dealing with locals, you should learn a few phrases of Bislama to ensure smooth progress. Otherwise, most officials can speak and understand English or French.

Why would starting a company in Vanuatu be ideal for entrepreneurs? Mostly because it has no tax. You make money, and you get to keep it. Only in Vanuatu, there is no income tax, withholding tax, corporate tax, death duties or capital gains. The government acquires revenue through value-added tax (VAT) on goods and services. This is the usual implementation anywhere in the world. Vanuatu’s tourism industry is widespread throughout all its populated islands. Hence, the local government imposes a tax on imported goods. These imported goods are mostly for the tourism industry in Vanuatu.

There are still many resources in Vanuatu waiting for further exploration. The likes of mineral sources such as manganese, gold, and copper have yet to reach commercial scale. The government is also looking to support its SMEs with the right partnership.