Why Set Up Business in Uruguay

Set Up Business in Uruguay Then Company Registration 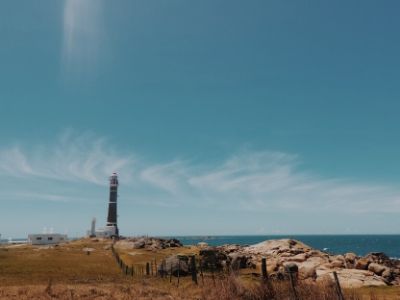 Uruguay gained its independence in 1825, located in South America between Argentina and Brazil. In the last twenty years, Uruguay is consistently growing as an international financial centre. There are strong options for banking, excellent communications, political stability, great climate, and a great tax system. The country is a great location and it is good to set up business in Uruguay to lower the taxes your business pays for in the area. Uruguay is a member of a lot of international organizations, including the Southern Common Market (Mercado Comun del Sur or MERECOSUR) in which Uruguay is a founding member. Also, their culture is unique, and they have interesting achievements that have encouraged the people in Uruguay that nothing is impossible. The people who live in Uruguay have an excellent quality of life.

An LLC company in Uruguay should have at least 2 shareholders and a director that could be corporate or individual. The director and shareholders of all nationalities do not have to be Uruguay residents. Lastly, the company only needs a share of at least 1 in order to complete the incorporations.

The LLC companies in Uruguay could also be a tax exemption company as long as the clients do not have a staff and customer in Uruguay. It is also recommended that business investors should have a corporate bank account outside Uruguay, but not strictly required.

Good political and legal system – In common with a lot of Western democracies, they have three independent powers: Judiciary, Legislative, and Executive; while there is a legal system of Uruguay that follows a Western European Civil Law tradition. They elect new government members every five years with universal suffrage. The executive power belongs to the President’s hands and 12 cabinet ministers. They have a Legislative Power that the General Assembly represents or the parliament. Their Judicial Power is exercised through a Supreme Court of Justice, judges, and courts in their country.

Zero worldwide income taxes – Uruguay does not charge taxes on foreign assets or income that comes from worldwide, and no taxes on the distribution of dividends. They only tax the profits that earned in Uruguay. However, they charge taxes from the US citizens and countries that tax worldwide income, which have to report all of their earnings to tax authorities.

Uruguay receives service from a lot of American, European, and South American airlines. It can easily be accessed by air with the good connections in Sao Paolo (Brazil), Santiago (Chile), and Buenos Aires (Argentina). The digital systems in Uruguay allow direct and rapid international connections used for internet, telephone, facsimile, and e-mail.

The Central Bank of Uruguay is the supervising body and a lot of the banking institutions that are part of the financial sector. Then the majority of private banks are part or subsidiaries of top international banks. All of the major international firms that do auditing have set up their headquarters in Uruguay.