Why Set Up Business in Philippines

Why Setup Business in Philippines? 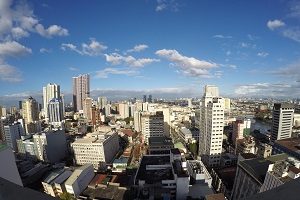 With a minimum of five corporate or individual shareholders, five individual directors (half of whom must be a resident in the Philippines) and a paid-up capital of US$100,000 if the company hires more than fifty employees, an entrepreneur could already be well on their way to setting up a business in the Philippines.

Blessed with large deposits of natural resources, and a country that is in the top ten world producers of gold, copper and chromite, there are several reasons why Philippines has become of major interest to investors and why they want to setup a business in the Philippines. Thanks to the economic upsurge the country has experienced over the past years, the Philippines has become a flourishing nation and one of the fastest-growing economies in Asia.

Here is why entrepreneurs and investors are in for a promising frontier when they choose to setup a business in the Philippines:

Philippines ins home to the third largest market in Southeast Asia by size, and it benefits from the second largest population in the region. With 106 million inhabitants, it is expected to increase to another six million by the year 2020, according to the International Monetary Fund.

The economy in the country has certainly strengthened significantly, and it is now much less vulnerable than what it used to be. Philippines’s sovereign debt has benefitted from an investment grade rating by both Moody’s, Standard and Poor’s and Fitch since 2015.

Philippines is expected to attain an economic growth of around 6.2% per year, which makes it the highest growth pace amongst the other major ASEAN economies. For investors and entrepreneurs, this can only translate into one thing – numerous investment opportunities and why they should setup a business in the Philippines.

Salaries in the Philippines are more affordable for employers and businesses than they are anywhere else in the world. Foreign companies will usually be able to find skilled, competent and quality employees and still be able to keep the salaries at a very affordable rate.

Most Filipinos are high school graduates and are able to converse well in English. Having been colonised by the US for nearly 50 years has left the country with strong American influences and a high proficiency in English.

Philippines was formerly a United States colony and a US base during the Vietnam war, hence the country has an import expat community and home to an array of restaurants and bars catering towards the expat population, which makes the country a great place for expats to work and live.

The Philippines government is encouraging foreign investments in the country by offering tax incentives for foreign investment projects. These projects include corporate tax holidays, reduced and waived custom duties on imported equipment and war materials.

Medical tourism centres, hospitality projects for the retirement tourism industry and IT businesses are some of the eligible industries that stand to benefit from these incentives.