Why Set Up Business in Indonesia

Why Setup Business in Indonesia 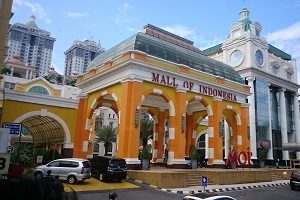 An abundance of labour and raw materials are only a peek into the vast potential business market that is Indonesia, and why this manufacturing hub is growing exponentially. Rich in raw minerals and one of the leaders in agricultural products, entrepreneurs and investors are increasingly seeing the potential and advantages which is come with setting up a business in Indonesia.

Indonesia’s GDP is growing at a rate of 6 per cent per annum, and as a result, Indonesians’ per capita income and purchasing power is increasing right along with it, which is exactly the kind of thing every investor and entrepreneur wants to hear. Next to China and India, Indonesia is coming in close in terms of boasting the largest domestic market in the Asian continent. This potential, along with the other reasons listed below, are some of the many attractive reasons why investors are keen to setup a business in Indonesia.

One of the best thing’s Indonesia has going for them is its excellent geographical location. In Southeast Asia, Indonesia alone consists of 17, 508 islands, making it the fourth most populous nation in the world. Positioned next to neighbours Malaysia, Singapore, Australia, Philippines and Papua New Guinea, Indonesia’s archipelago makes it easy for investors to venture into the neighbouring markets with ease for even bigger business potential. Thanks to its ranking as the fifth in the world on the list of countries with the longest waterways, Indonesia is certainly an ideal place and why you should setup a business here.

Indonesia’s economy has grown to become among the largest in Southeast Asia, and being a member of the G20 major economies in the world makes Indonesia one of the top export destinations. United States, China, Japan, Singapore and many other countries are leveraging on this advantage and securing a firmer foothold in the competitive market.

The Anti-Corruption Strategies by the Government

2004 saw the first democratic elections held, and the new government was determined to fight corruption and bureaucracy within the country. These positive changes have lent a hand to making Indonesia the attractive business environment it is today and why investors want to setup a business in Indonesia.

Compared to a lot of other countries, especially in the Western world, the cost of living in Indonesia is very affordable, and this includes food, transport, utilities, rent, ages and cost of labor.

Batam is the first Special Economic Zone (SEZ) that was opened in Indonesia and it offered several tax incentives to businesses that use this area for manufacturing products for export purposes. Most of the transaction to enter goods and services into Indonesia conducted in this area are free from VAT, import duty and Local Service Tax.