Why Set Up Business in Colombia 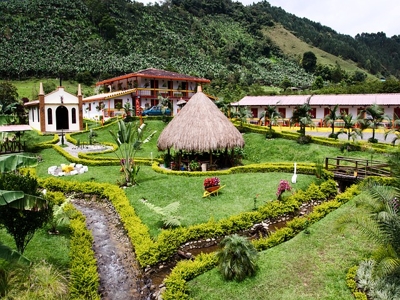 Colombia is a country with a long and complicated history attached to it, long associated with violent crimes and where drug dealers ran a lucrative trade. But that was the old Colombia. Now, the country has come a long way and set itself up as the place to do business in. In 2017, Colombia signed the historic peace treaty agreement between FARC and the government of Colombia. With petroleum, coal, gold, coffee and cut flowers being among its major exports, the improved safety in the country, stability and rising opportunities, here is why you should set up business in Colombia:

The Steady GDP Growth of the Economy

Since 2015, Colombia’s economy has seen a growth of 3.1% and inflation remaining at 4%. If compared to some of its more volatile neighbours, Colombia ranks steady and holds strong at the 53rd position of the World Bank’s 2017 Doing Business Report.

It is promising to see investor confidence in Colombia growing. This is due to the economic stability and the increased safety of the country. There are over 700 multinational companies that have launched Colombian investment programs. As a result, this is a good reason to consider when you set up business in Colombia.

Not only are Colombians qualified people, but they are also highly entrepreneurial. Colombia’s literacy rate is at approximately 95%. With encouraging entrepreneurial opportunities, 71% of the Colombian adult population have a very positive view towards entrepreneurship.

The Colombian government is keen on helping entrepreneurs, with federally-sponsored organizations like Ruta N offering companies in the early stages of Colombia’s business financial support and networking opportunities. The Business Growth Management Unit of the Government or iNNPulsa aims to make Colombia one of the most innovative economies by the year 2025. In addition, the government targets it to be one of the most competitive economies in Latin America by 2032.

Apps.co aims to create a whole new generation of digital entrepreneurs in the country by nurturing ideas and talent. The Ministry of Information Technology and Communications has launched this campaign for that purpose. This is highly beneficial for investors who are seeking to set up business in Colombia. In this digital age, technology is a crucial and vital part of every business, big or small.

It has become relatively easier to establish a business in Colombia since 2016. Doing Business Report ranked Colombia as the 61st in the world for ease of doing business. With the support of international bodies such as World Bank, Moody’s & Fitch and even Standard & Poor’s that identified Colombia as a trustworthy partner, investors are more keen than ever to set up business in Colombia.