Why Set Up Business in Bhutan

Why Setup Business in Bhutan 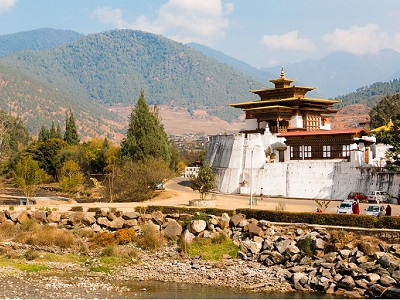 Bhutan’s government has put forth a lot of effort to improve their business climate, and the efforts are certainly starting to pay off. The World Bank has ranked Bhutan among the 71 countries in the world for the ease of doing business, putting it among the easiest countries in South Asia for business to be conducted.

Bhutan is a country that is unique both culturally and environmentally, and it is the world’s last remaining Buddhist Kingdom. Although the economy of Bhutan is one of the smallest in the world and it is still one of the least developed countries, being closely aligned with India through strong trade and monetary links has certainly proved beneficial.

Thinking about setting up a business in Bhutan? Here is why you should consider doing so:

The Government Recognizes the Private Sector

The government of Bhutan is now recognizing the private sector as a catalyst for economic growth, and thus is committed to providing all the necessary support needed, especially in terms of creating an enabling environment to help promote entrepreneurship and business activities for gainful employment of the youth and population at large.

Bhutan’s tourism industry is gaining momentum slowly but surely, and an investor with the right strategy and idea in mind could easily capitalize on this emerging sector. Investors need to keep in mind though, that the economic programs in Bhutan which are initiated by the government takes into account the country’s strong desire to protect its cultural traditions and natural environment, so business plans need to be designed in accordance with this if investors hope to maximize on success.

It Ranks Better Than Its Neighbours

Compared to some of its neighbours like India, Nepal, Maldives, Pakistan, Bangladesh, Afghanistan and Sri Lanka, Bhutan is still considered one of the best places to do business in the region, ranking higher than the other six countries mentioned.

According to the World Bank, Bhutan has shown great improvement, including clarifying corporate governance ownership and control structures. The introduction of simplified preregistration and registration formalities have also made a vast improvement in its business environment.

You Can Start a Business in 12 Days

Bhutan is ranked 88th in terms of starting a business according to the World Bank, and thanks to having only eight procedures in place, investors can setup a business in Bhutan in as little as 12 days. Bhutan has made it much easier to start a business by reducing the time for obtaining a security clearance certificate, registering at the Registrar Office and even the time for registering for taxes has been significantly reduced.