Why Set Up Business in Austria

Why Setup Business in Austria 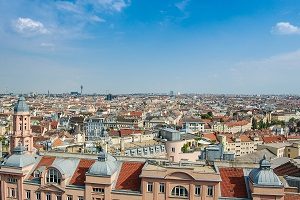 An investment gem, Austria takes the spotlight as one of the best locations in the European region for international business expansions.

As the fourth wealthiest country in the EU, Austria is also reputed to be one of the most profitable countries in the European region for international businesses – thanks to a myriad of factors ranging from the country’s political and economic stability to its high standards of living.

“Austria ranks among the most prosperous and innovative countries in the European
Union,” says Reinhold Mitterlehner, Vice Chancellor and Federal Minister of Science, Research and Economy in Austria. “As a business location, Austria offers good underlying conditions for companies to conduct their business.”

To date, more than 1,000 foreign companies have taken root in Austria, benefitting from the business-friendly environment in this location. Let’s take a closer look at the success factors that make Austria a prime location for international business expansions.

Due to its central location in the heart of Eastern Europe, Austria provides an ideal East-West business interface into the EU markets, making it a location of choice for foreign companies looking to establish their headquarters in this continent. Its centrality also ensures high connectivity and accessibility within the European region, which in combination with excellent infrastructure give international companies a competitive advantage.

In terms of its infrastructure, investors enjoy state-of-the-art logistic systems comprising modern terminals with high bay storage facilities, sufficient trans-shipment areas and good transport connections. The Vienna International Airport is also one of the best-performing airports with respect to flight connections to the central and Eastern European region.

Additionally, there is first-class telecommunications infrastructure in place comprising high-speed broadband connections, nationwide mobile telephone networks and outstanding systems for business transactions. On the research and development front, there are about 2,800 technologically oriented R&D institutes and 60 Centres of Excellence.

A business friendly location, Austria has a liberal tax system, which translates to higher profits and lower investment risks for international businesses. Corporate income tax is calculated at a standard rate of 25% in Austria. Additionally, the Austrian government does not impose trade or net worth tax. The recent 2016 tax reform in Austria also includes an increase in the research premium from 10% to 12% while training offers a tax allowance of 20%. This applies to a company’s own R&D as well as contract research.

“The tax reform strengthens the purchasing power of people and stimulates consumer spending,” shares Mitterlehner. “We are relieving the burden of all taxpayers paying income taxes, including 900,000 self-employed people. In addition, we are gradually cutting the auxiliary labour costs incurred by companies by up to EUR 1 billion annually. This comprises an important and strong signal.”

Foreign businesses can also profit from an extensive portfolio of incentives that includes grants and subsidies offered to international companies, for example to assist small and medium-sized enterprises, support research and development as well as for investment and technological promotion measures.

“Another advantage is definitely the broad spectrum of research promotion schemes,” adds Mitterlehner. “The research premium which was increased to 12% creates new impetus. We have made it even more attractive for the research departments of large companies to locate in Austria.”

One of Austria’s major strengths is its skilled workforce comprising highly-educated employees. Having achieved disproportionately high growth in productivity due to highly qualified employees, Austria is one of the few countries with a very low unemployment rate.

Through various social and employment policies, Austria also has one of the lowest strike rates worldwide due to the economic and social partnership between management and labour representatives along with a policy of wage restraint.

“Companies setting up business operations in Austria highly value the qualified skilled employees here, the country’s role as a business interface to Central and Eastern Europe, as well as the high level of stability and legal certainty,” says Mitterlehner. “In contrast to other nations, strikes in Austria continue to be measured in seconds. Business aside, Austria also scores points thanks to its high quality of life.”

Home to 8.45 million people, Austria comes in a close second to Switzerland in terms of quality of life according to the World Competitiveness Yearbook 2011. Low crime rate, a good education system, strong health care system as well as excellent recreational infrastructures reflect the high standards of living in Austria. Additionally, Austrians have the highest salaries in Europe, which contributes to their above average purchasing power.

“We are continually working on creating an even more favourable business location conditions for the benefit of international companies,” concludes Mitterlehner.